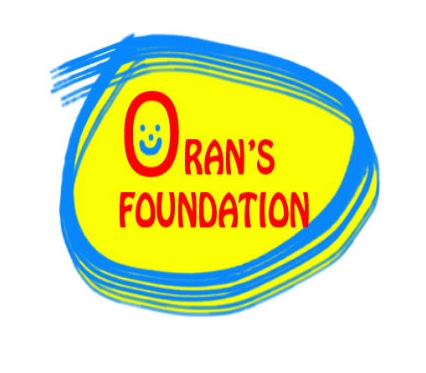 The Oran Foundation was established in 2015 with the aim of fundraising for Oran and children with multiple and complex disabilities.  Oran was born in 2011 with multiple disabilities, complex medical needs and an uncertain future.  During difficulties and setbacks his will and spirit shine through.  He has exceeded expectations and has a smile and laugh that uplifts all those around him.  Oran has limitations but can continue to thrive and enjoy life with a little help from you.

The primary aim of the charity is to raise funds to purchase a modified vehicle which will be adapted to enable Oran to be transported to his school and his many hospital appointments.  We also want to assist the many organisations and charities who support Oran such as Suzanne House, Laura Lynn, Jack and Jill and Child Vision.

Marissa Lucchesi spoke to Clodagh Culligan about their first 5 mile road run fundraiser  in Stabannon on the 7th of June.

Duties include creating radio campaigns for ad spots, programme sponsorship and outside broadcasts.

Knowledge of how to script radio ads and sponsorship stings along with managing on air and social media competitions and giveaways would be an advantage.

The candidate should be able to demonstrate their experience in brand promotion and have excellent IT Skills a background in sales.

To apply, send a covering letter and CV to

The closing date is Friday 8th May.

This position is supported by the Department of Social Protection under the Community Services Programme.

The Community Services Programme is a Pobal managed programme.

Listen to an interview with winner of the Voice of Ireland Brendan McCahey, who was in studio before Easter to play a few tunes from his new album ‘To where I begin’. Brendan sang ‘On and On’. and a cover of the Monkees’ I’m a Believer’.

Brendan talks ‘making those connections’ and using the platform of winning The Voice. He talks about meeting John Cleese, recording with Don Mescal and writing with Grammy nominated song writer John Peppard. There is a special thank you to Derek Turner and Mark Dearey from the Spirit Store who have been supporting him for 20 years.

Brendan is in the middle of writing songs for his new his new album which will be recorded in July and will be released in September.

Brendan is a regular guest on Dundalk FM and here he is with Michael Duffy on the Town Talk show singing David Bowie’s ‘Sorrow’ in 2012.

On Thursday 2nd April 2015 the Dundalk Lion’s in association with Dundalk FM ran a coffee morning. We received 120 mobile phones and some people left in a donation. Thanks to the Home Bakery for the fantastic buns and cakes, we would also like to thank Marion and all the staff of the Community Offices, for keeping us supplied with coffee and tea. If you still would like to donate your old mobile phones to this great cause, you can leave them into Dundalk FM studio.

Liquitabs are sachets of concentrated detergent liquid used for washing clothes and dissolve in water so they are dangerous for children who are attracted by the combination bright colours and the smell. Patricia Casey, Manager of the National Poison Information Centre, Beaumont Hospital spoke to Caoimhe O’Malley about the dangers of liquid capsules and tablets which are usually picked up by curious one and two year olds.

Recently, packaging has been changed so that you cannot see the capsules anymore. The press under the sink is where most people store their detergents but with small children it would be wise to move them to a high press.