Notes from the Remote Broadcast Q and A Session 4

Congratulations to Dan on the quality and style of his recent AlphaBeats V show.

I find that conversation can be stilted and doesn’t flow when you are talking at a laptop or tablet/phone. The way to improve this is to use headphones and a microphone so the audio is more immediate and engaging.

Padraig told us how he upgraded a laptop by installing SSD RAM. 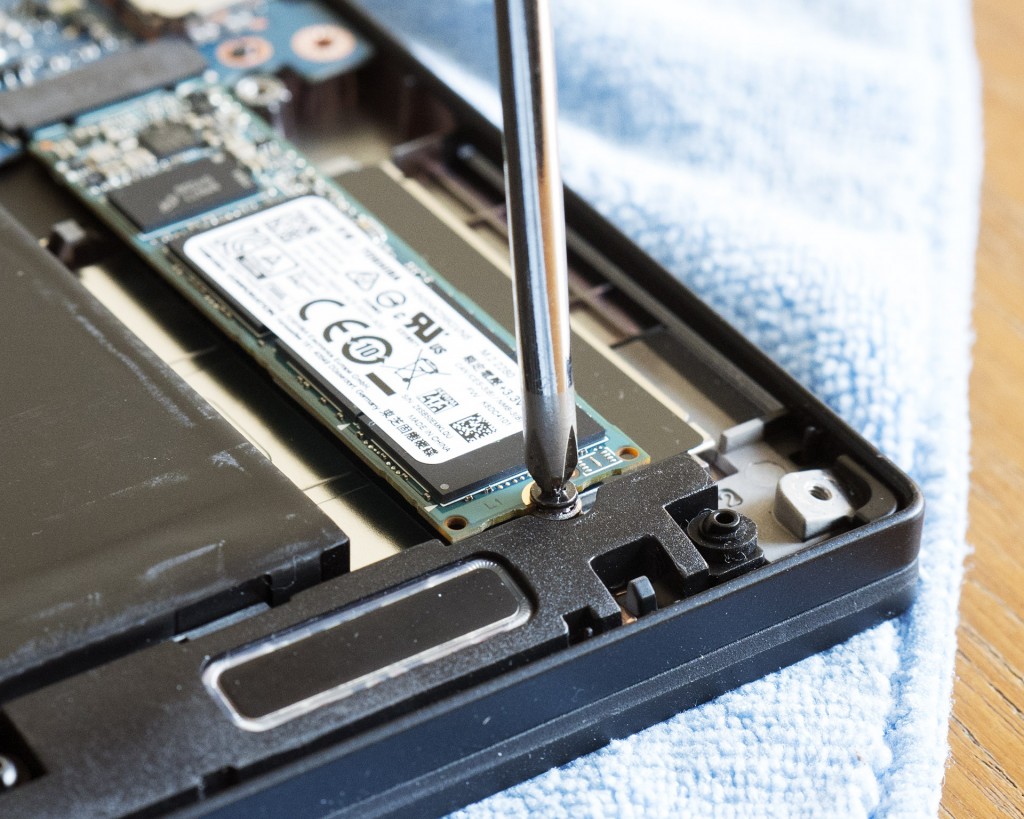 We are applying for a grant to buy some podcast kits for presenters, in the meantime a €25.00 USB mic will bring your audio up to the level we hope that everyone will have.

320 Kpbs is the highest wav quality and is the recommended setting for when you are saving a show and sending it in.

Eimear is acquiring a laptop:)

backing music, recording his voice directly to the DAW and the AlphaBeats whisper file. 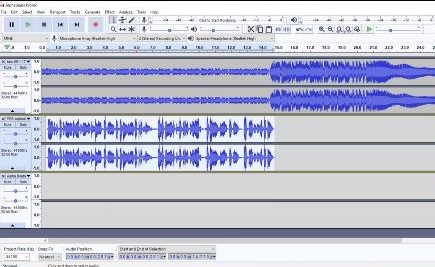 John gave a demonstration of the Joe Jackson Spotlight show he was working on and will organise to give Mary Rose a lesson on editing.

Some presenters are interested in joining a team of researchers, presenters and editors for our COVID-19 Radio Series. Zoom meeting to be set up.

8th June is when we will resume regular broadcasting whilst maintain social distancing. Only presenters – no guests. Until then there is a roster on who is allowed in and for what duration

David Bellew will be at the studio some evenings to allow for zoom live broadcasts to take place.

A guide to broadcasting from home by Padraig and a Reaper edit demo with John. 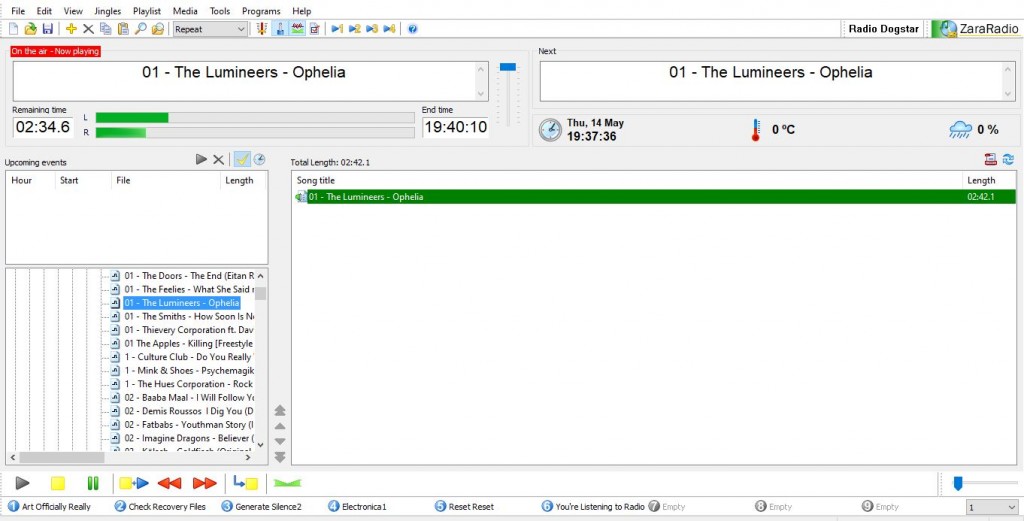 Notes from the Remote Broadcast Q and A Session 3 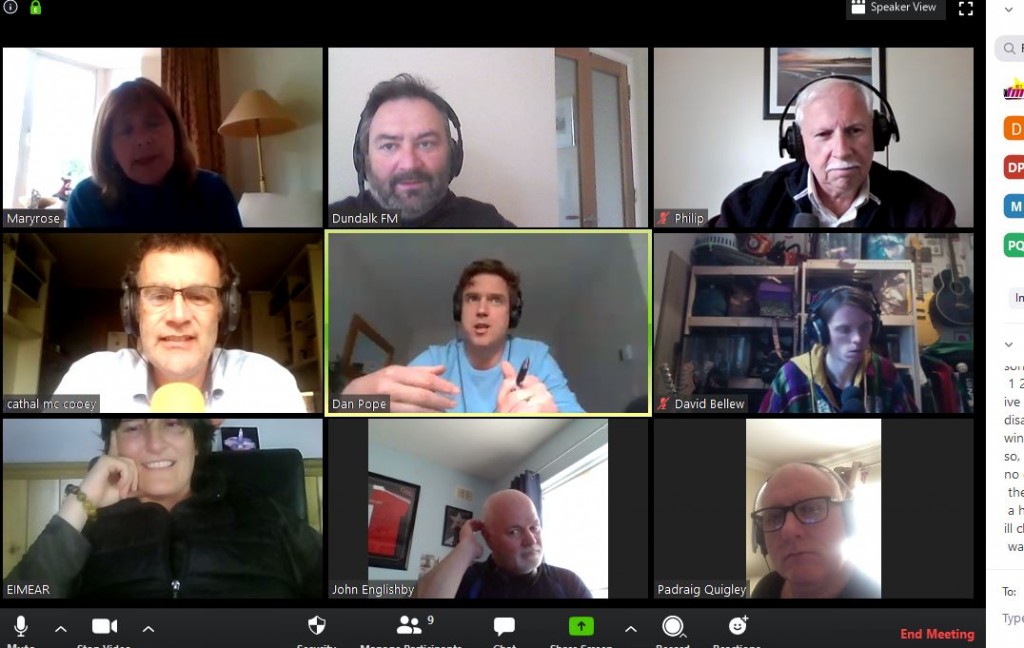 Audio Editing Q and A

What is the difference in audio quality between Wav and mp3 format?

Wavs have a lossless quality are much bigger, by a factor of 10 and tend to be better quality and mp3s have a lossy quality and are sort of squashed down versions of the wav but still very good to most people ears.
Mp3s are transportable more easily over email so you have to use a different platform something like Dropbox or We transfer, what we call F. T. P. file transfer protocol to get the wav files to your recipient.
When you copy a mp3 it will lose a generation of sound so it will lose quality every time.

Notes from the Remote Broadcast Q and A Session 2 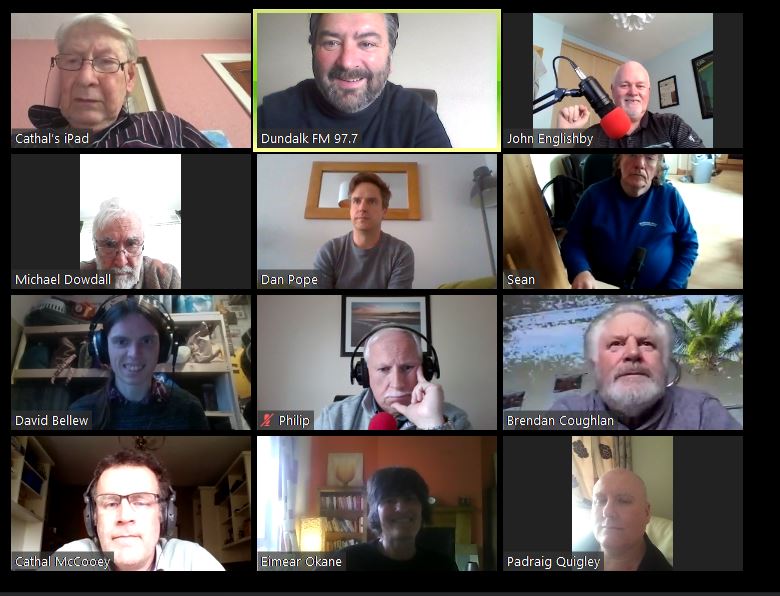 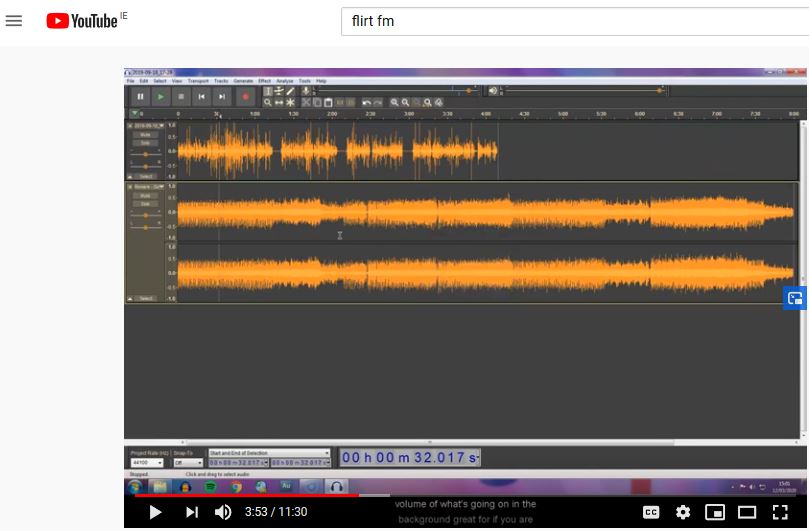 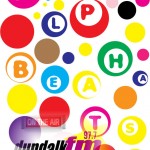 Notes from the Remote Broadcast Q and A Session 1 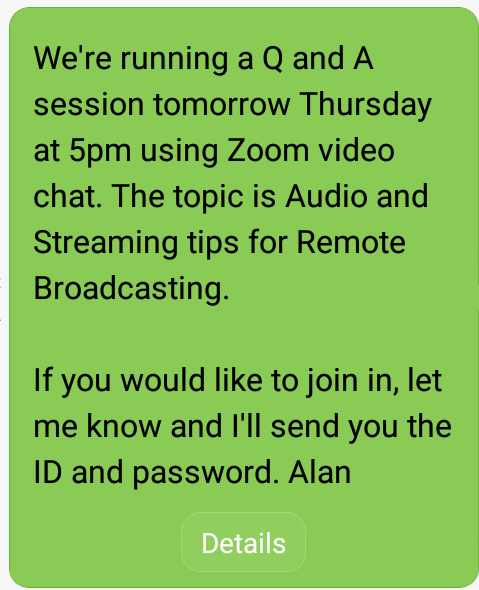 A plug-in mic and headphones or a headset are preferable to using the built-in mic on a laptop or PC, unless you will be on air for just a short interview. The two mics below, which were purchased locally, cost €28.00 and €5.00 respectively. 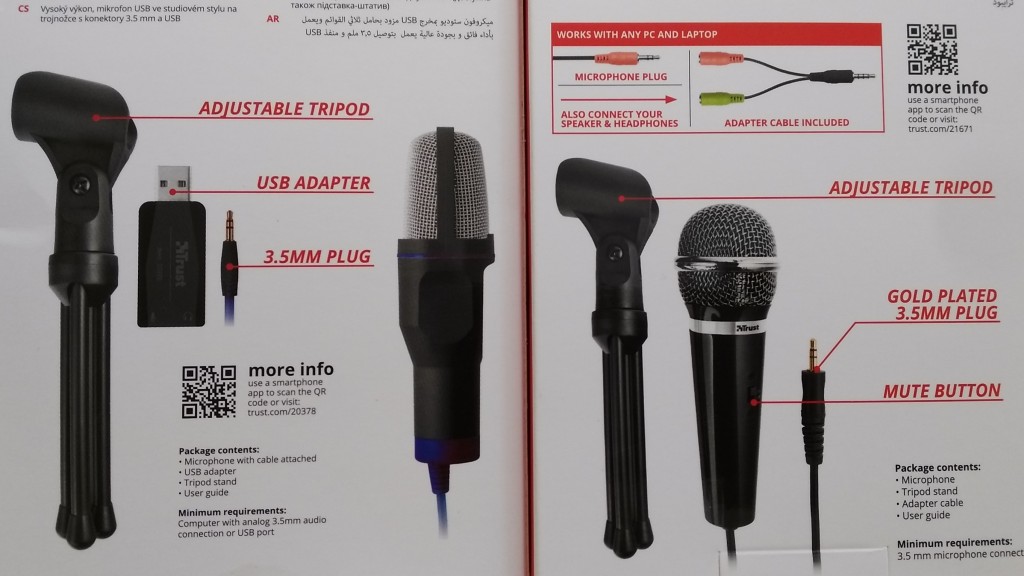 They connect via a mic/headphone splitter or by a USB adapter. Gaming headsets also provide a step up in the audio quality. A digital recorder such as a Zoom or Tascam can be used as a mic. When you plug it into the laptop/PC, choose to connect as an ‘audio input’ rather than ‘file transfer’. A tripod and windscreen are also essentials to complete your audio kit. 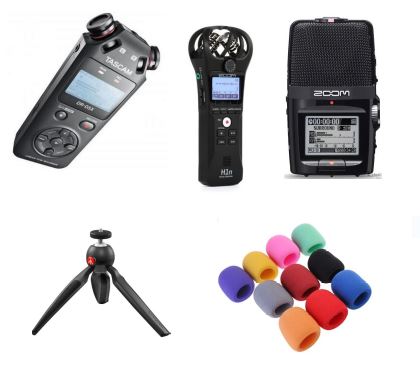 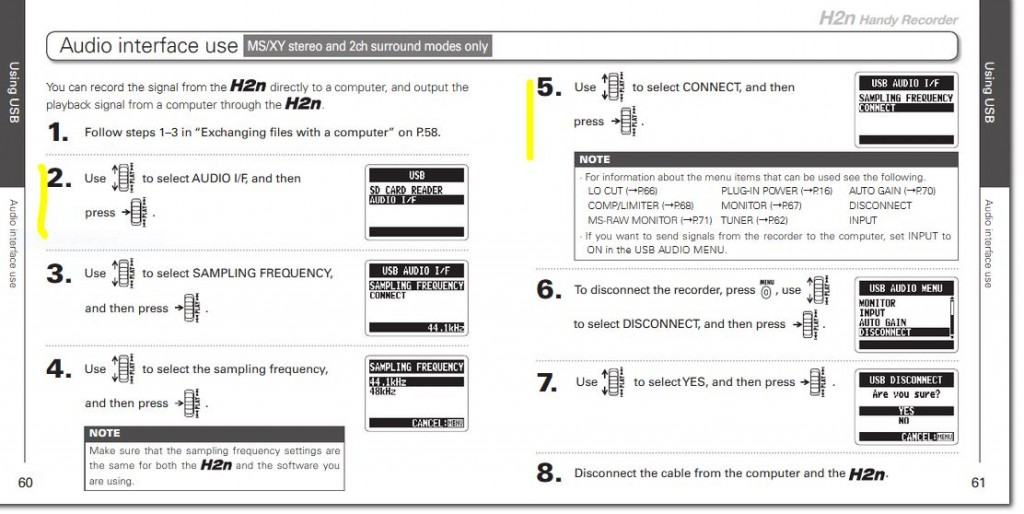 Sean will record the Beaten Tracks show each week with David using Zoom.

Marian and Charles will record Health and Well Being via Zoom as two 22 minute shows and email them to David.

1995 Mary Rose will record links on the phone (say a link, count to five silently, say the next link and so on….) and email them to David along with the list of songs.

1968 Sean will record this show with David on Zoom.

1955 Pat has this completed and will send it in.

Shows completed so far are available to listen to anytime on our Mixcloud page.

Pat – one done and will send it in.

Examples where Zoom could be used as part of live programming

The Slane Concerts Show with Cathal in the Studio and Pat on Zoom (or in the Production Studio).

Lion’s Club – the sound quality of the pre-recorded show is very good. The show could be done live via Zoom as is the Brunch.

The Brunch is broadcast live and had 2 guests from the Chamber of Commerce join them last week. One guest used a headset (approx €25 and the audio quality was very high). Some audio is better e.g. where presenters are using USB or plugin Mics.

Local stores that would source a Sound Desk, recorders, and other audio equipment are B Sharp and Audio Comm. 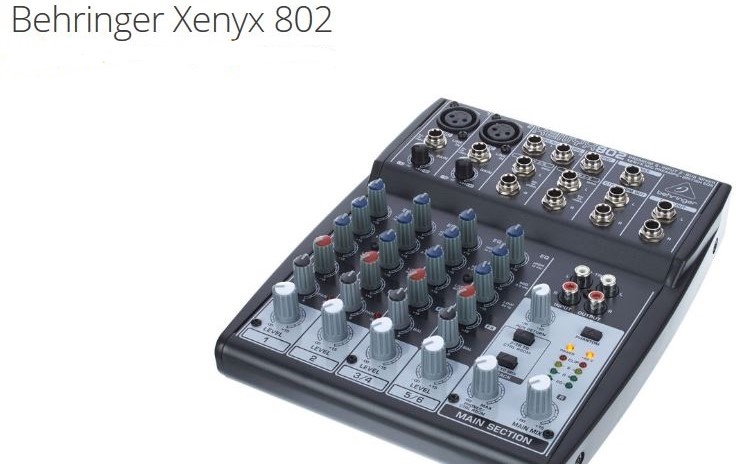 Philip recorded an AlphaBeats show using Audacity which is free to download.

Pat uses Reaper (you can use the full version free, to evaluate it, the cost to buy is €60).

If you want to learn Reaper – see the tutorial on the Dundalk FM youtube channel.

Alongside a set of Headphones, a Mic, Mic Stand, and mic Windscreen, you will need some cables such as:

an XLR to connect your mic to the mixer,

a .5m or 1m RCA phono to jack lead with phono adapters to connect a laptop to the mixer,

You might consider a Headphone Amplifier. This gives you the options to control the headphone level and take a feed out to an External USB Sound Card or Audio Interface which will give a better sound quality going into the streaming laptop. 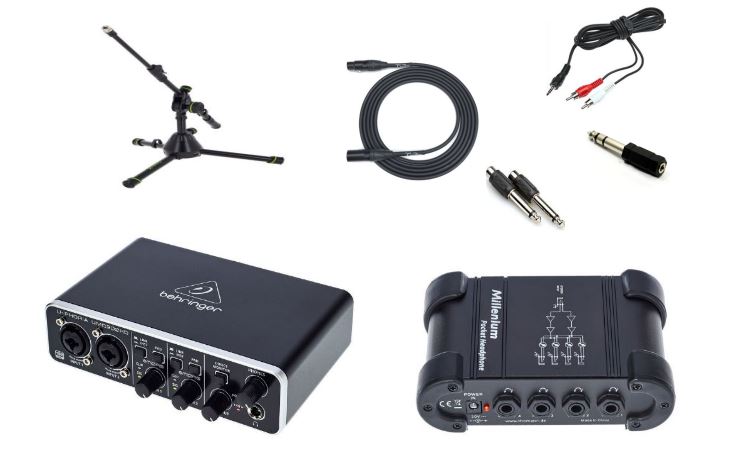 You would need 1 x laptop to play out your music, ads, news, etc. You can download WinAmp for free. Another Free Radio Playout software used by many CR stations is Zara.

1 laptop which runs a small encoding programme that you download and type in the details for our server. A member of staff will run a series of tests with a presenter to ensure the audio and music levels are correct and that there is no buffering. A wired Ethernet cable connecting the router and laptop is advisable. 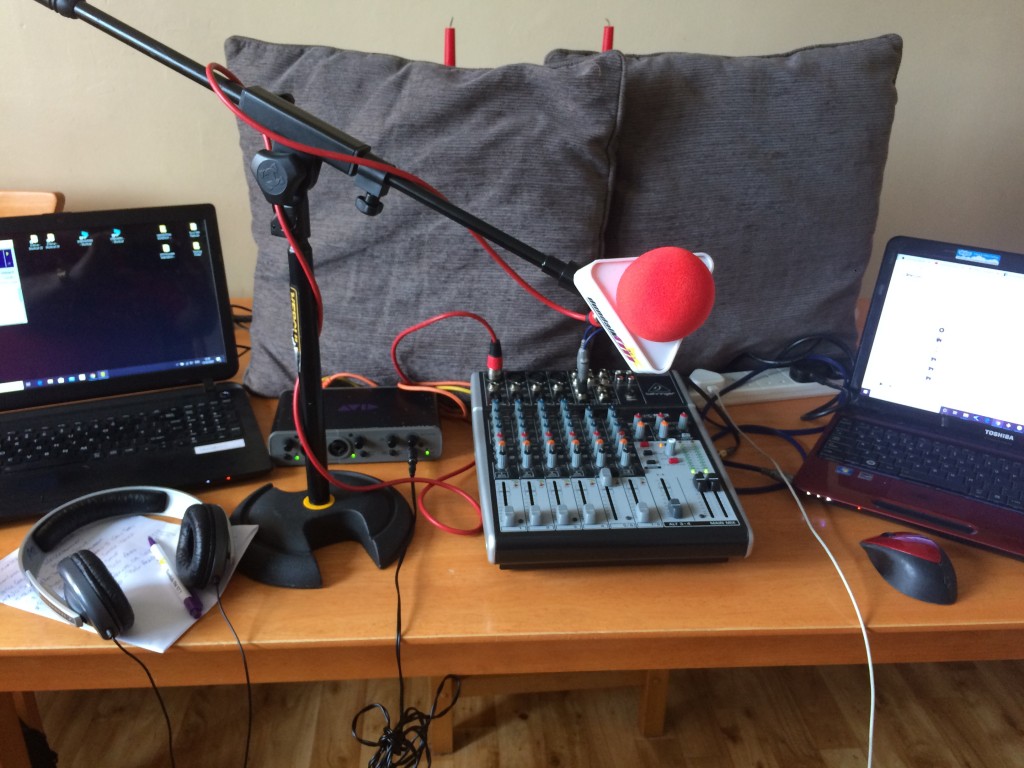 Broadcast Myself is an Android App (€3.09). Alan uses this app at away soccer matches to transmit the commentary and half time ads (saved as one file).

This evening’s chat was a chance for presenters who hadn’t met in person before to say hello. There was a wonderful sense of ‘we’re in this together’ which was demonstrated by being able to help colleagues with technical advice. I hope that you now have the confidence to try out the next step in remote recording and broadcasting – recording to a phone, recording on Zoom, audio editing, acquiring radio equipment and maybe someday – live remote broadcasting. For the kind words of appreciation for the support that you receive from staff, thank you. 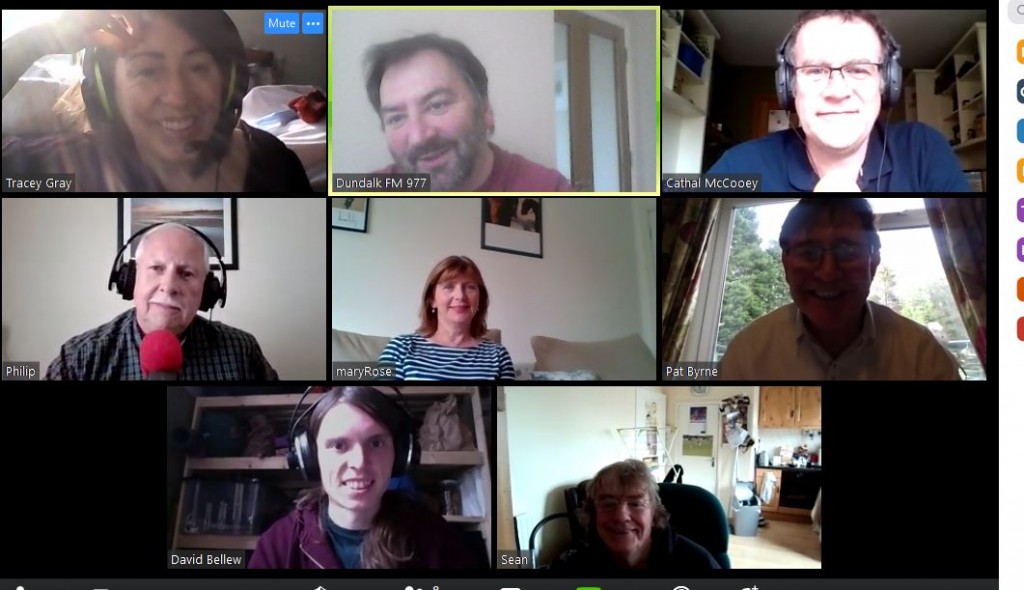 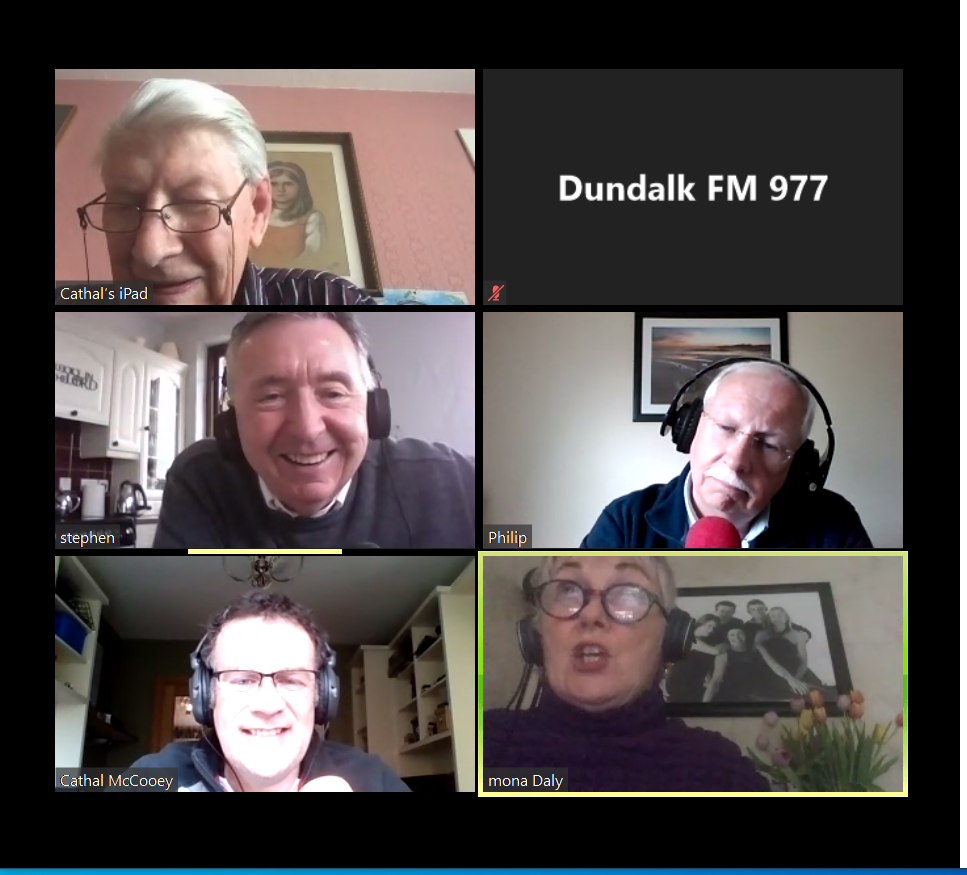 Below you will find tutorials to help you record and edit programming from home.

The first describes how to record links for a show with a Voice Recorder App, your Smart Phone, your script and a room with soft furnishings. You can then share the files to our staff. We will prepare the show for broadcast.

Recorded and edited by David Bellew with thanks to Tara Tine/ March 2020.

The real enjoyment starts when you start to edit, top and tail, fade in and out, normalise, increase and decrease the amplitude, the dynamics processing and filtering. This next tutorial will show you how to combine the links, songs and any intro, outros or stings and render it into an mp3 file.

In the next tutorial, you will learn advanced expert tips on EQ, Noise Removal and Compression using plug-ins. 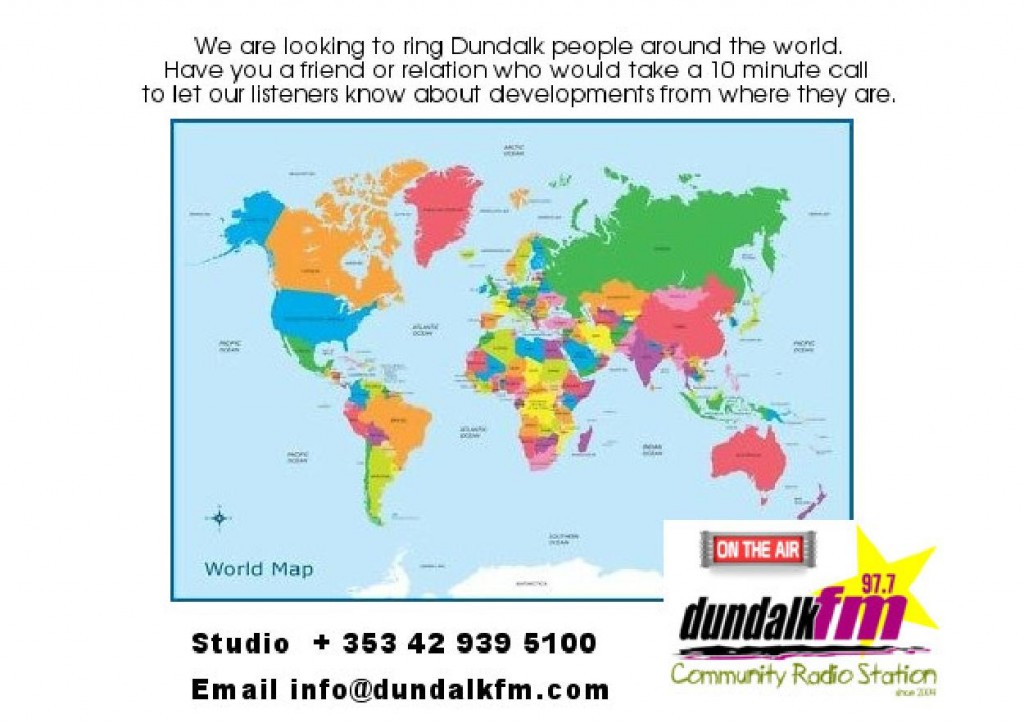