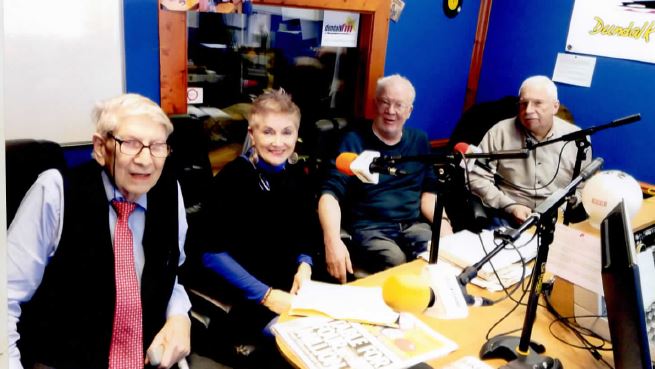 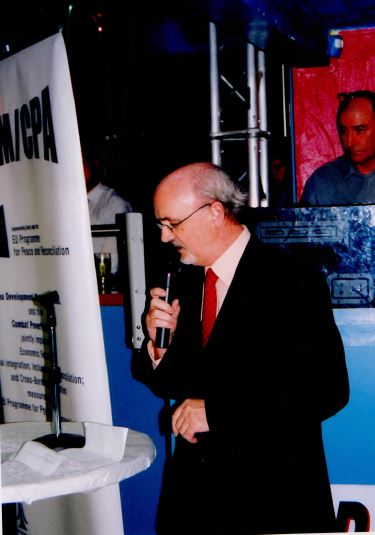 Hugh McKitterick (Dundalk Lions – at your Service) address the Members Meeting in Vicar’s Nite Club his role of Chairperson. 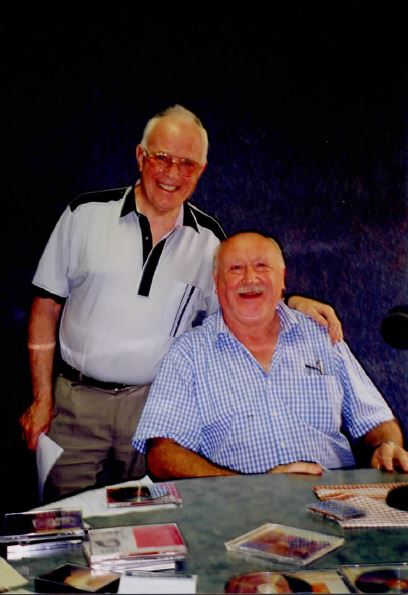 Joe Martin (Magic Moments) and a his guest Peadar McArdle in the old DWR 107FM studio. 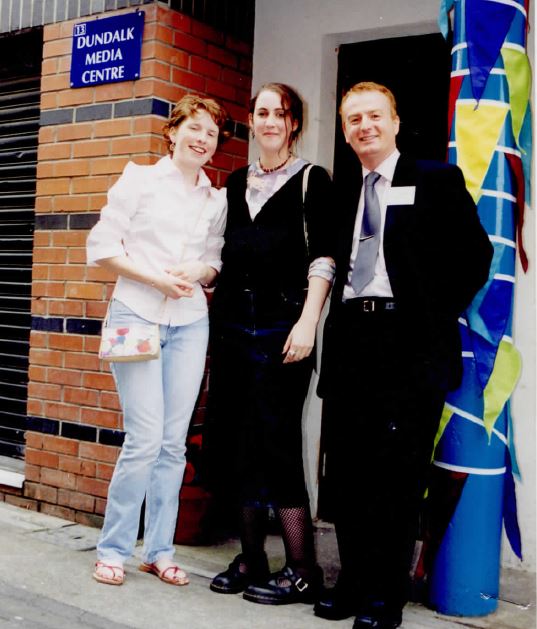 Laura Flynn and friend with and Ciaran O Mathuna (Chairperson) at the launch of Dundalk Media Centre in May 2004. 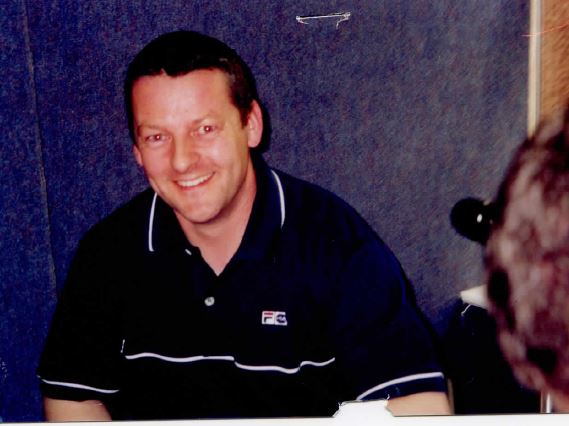 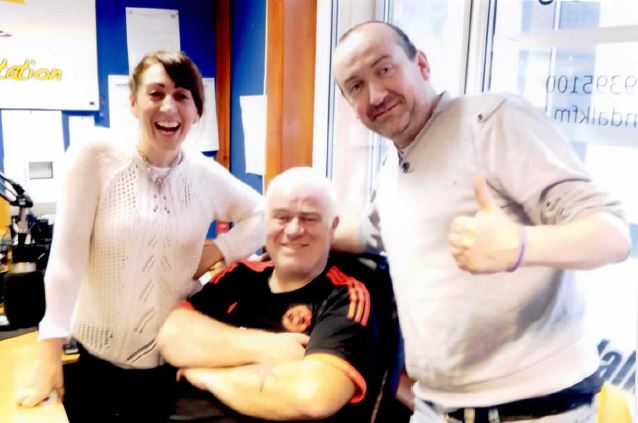 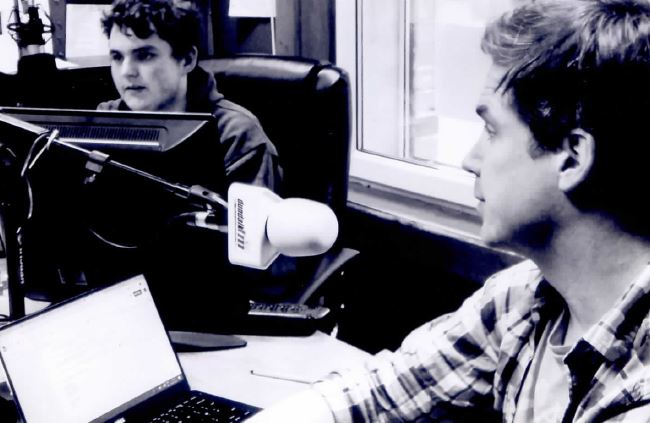 Dominik Buch and Dan Pope recording A Picture of Dundalk Magazine Show during their learn about Radio Course in February 2019. 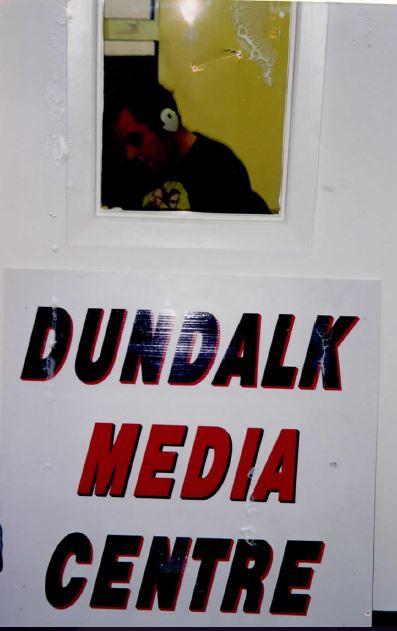 Ian Coogan listening to some tracks for the World Music programme Beats International show that he presented along with Phil Tipping. 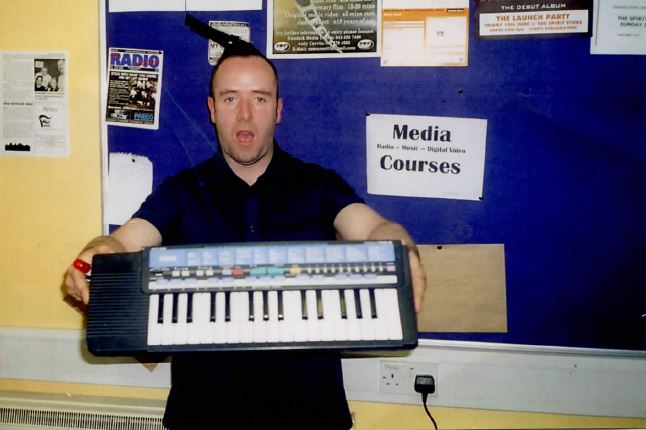 Jinx Lennon educating the masses with a pair of sun glasses, presenter of the Hip Hip show Step into the Arena during DWR times. 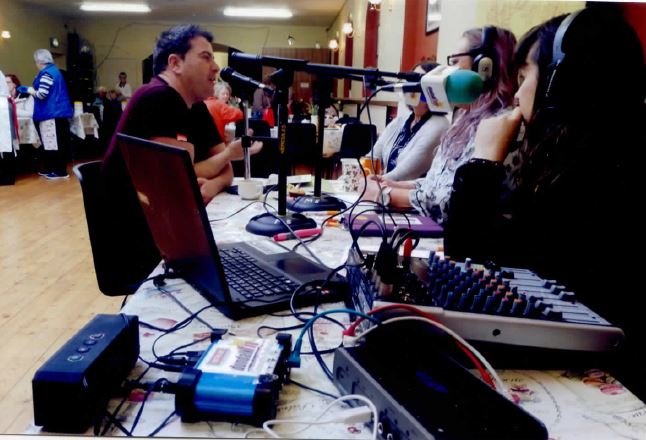 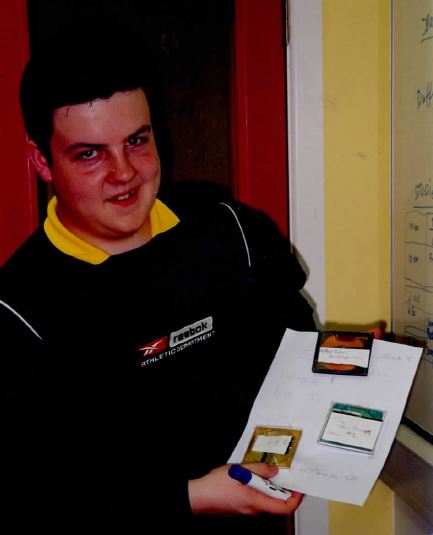 Paudie Breen presenter of the Sunday Morning Show on DWR 107FM with his selection of interviews recorded and edited on Mini Disc and ready for broadcast. 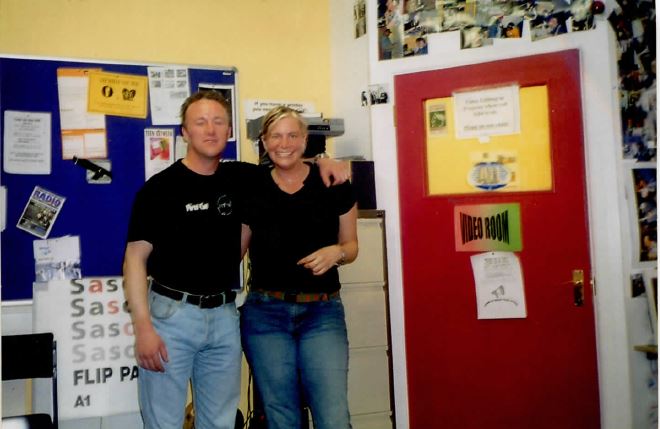 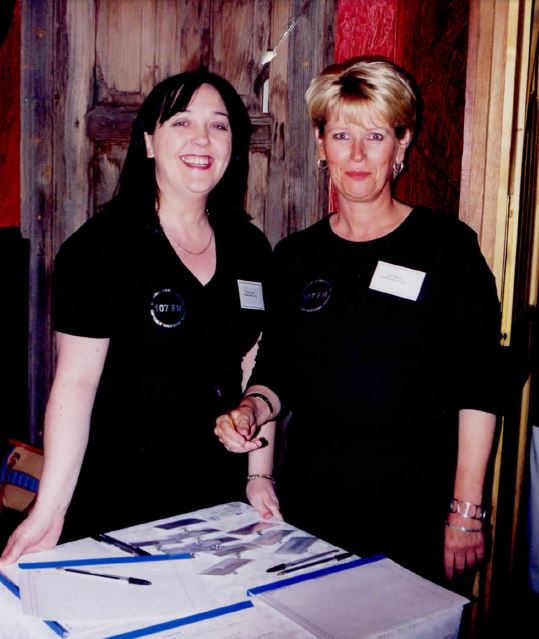 Teresa Lennon, Administration and Tina Harris, Sales and Marketing at the launch of Dundalk FM100 in Vicar’s Nite Club, September 2004. 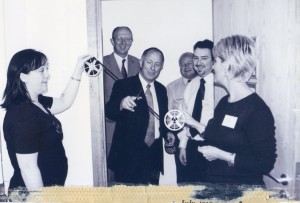 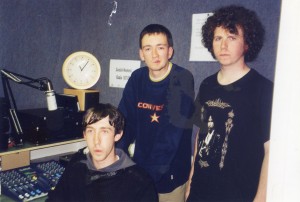 Adam Matthews and Adam Markey with Danny O’Hanlon probably in on The First Cut show on Dundalk Weekend Radio  107FM. 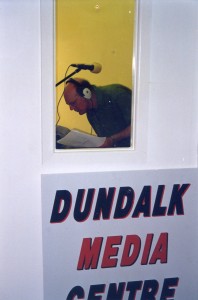 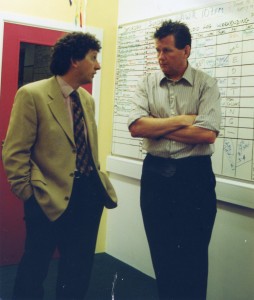 Ciarán Kissane, Broadcasting Authority of Ireland chats with Alec Fennel (RIP) at the launch of the Media Centre. Alec was one of the first directors and he brought a wealth of broadcasting experience to the production of radio shows. 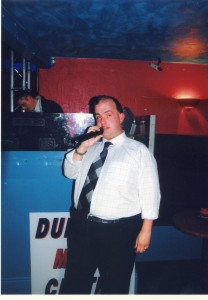 Jason Kelly thanks his colleagues at the Volunteer of the Year awards held in Vicar’s Nite Club. 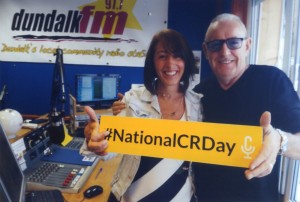 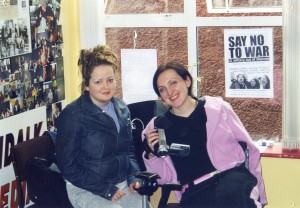