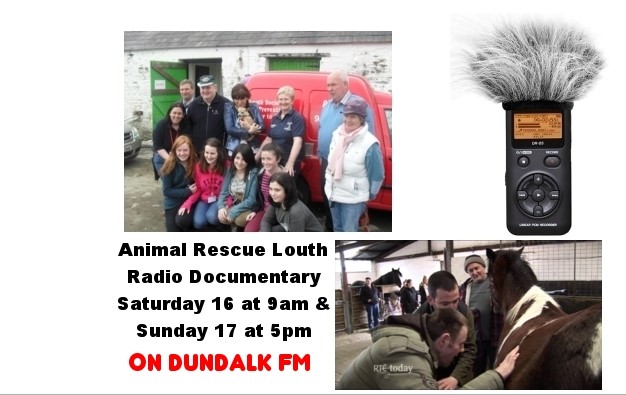 Animal Rescue Louth is a programme about animal rescue services available in Co Louth and the local Dundalk area. The programme will focus on Holly’s Horse Haven a 24/7 critical care centre with over 10 years experience in the rehabilitation & re-homing of the countless rescues.

The centre caters for hundreds of rescue animals from the Republic of Ireland and Northern Ireland each year. In this programme you can hear about the establishment of Holly’s Horse Haven and the care they provide.

The programme was recorded on location in Omeath. We also hear from volunteers, how they became involved and the benefits they receive on a social and emotional level from working with rescue animals.

We also feature Fiona Squibb, Louth SPCA officer who tells us about a foal ‘April’ that she rescued and the subsequent care and attention that April received at Hollys Horse Haven.

This programme was funded by the Broadcasting Authority of Ireland with the Television Licence Fee.