David Davies is in his mid 30’s. He grew up in Clevedon, England just across from Cardiff where his dad was from.

He lived there until he was ten years old. In 1991 his mother brought him back to her home in East Belfast. His dad died at a young age so he grew up without a father to help guide him through the culture shock that followed. In Secondary School he was bullied and taunted and told to ‘Go back to England’.  He attended Art College in Hull before returning to Castlereagh Art College, Belfast.

In 2016 David published a book of poetry ‘The Romantic Landscape’ based on, as he says, his most favourite place in the world – The Mourne Mountains. David has read at the Mixed Jam and Purely Poetry events in the Sunflower Pub and Crescent Arts Centre in Belfast.

This is the story of David Davies against the backdrop of 21st Century Belfast with Poetry evenings where people write about their divorce, Donald Trump, Brexit, talking bees, the Mourne Mountains and the father figure that he misses. His voice is measured and his laugh sincere. 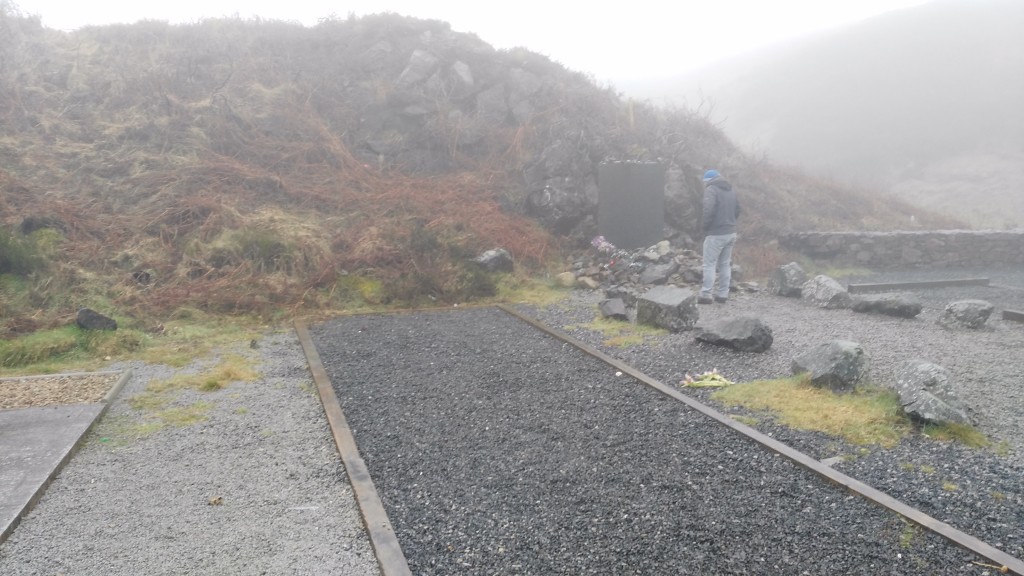 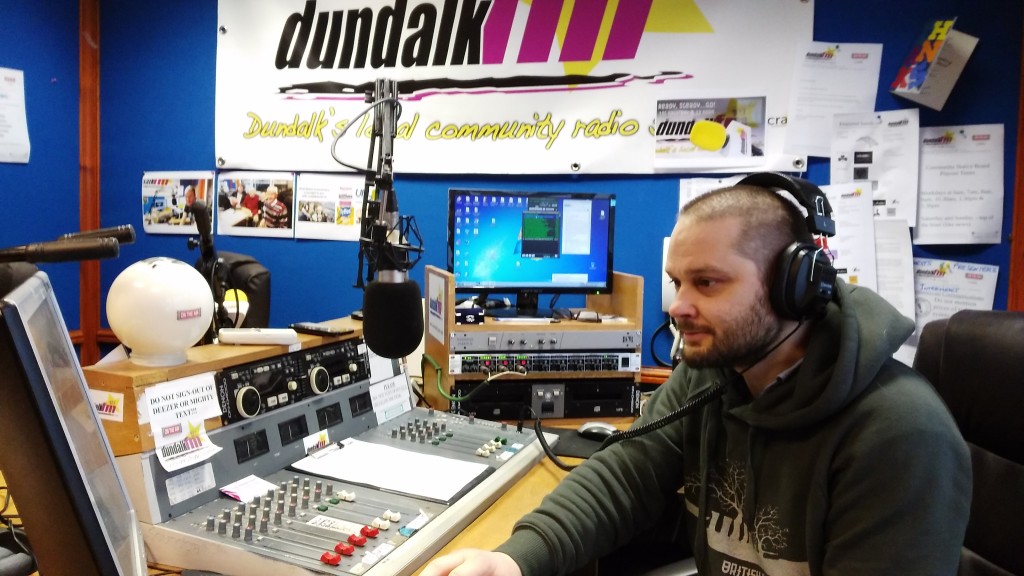 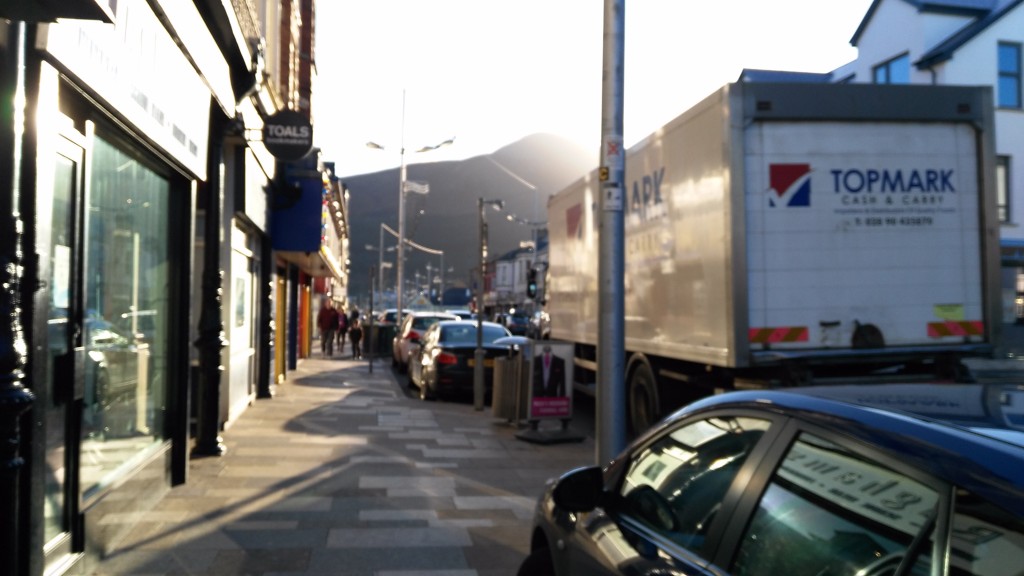 Stopping for lunch in Newcastle before climbing Wee Binnian. 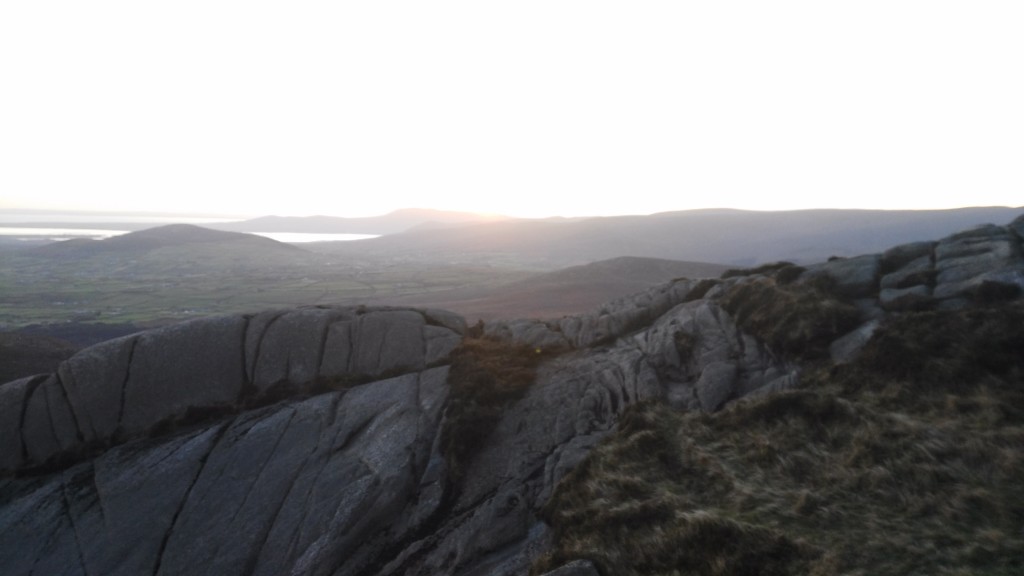 The Mourne Wall read by David Davies sitting at the top of the Wee Binian mountain between Newcastle and Annalong looking out over South County Down. 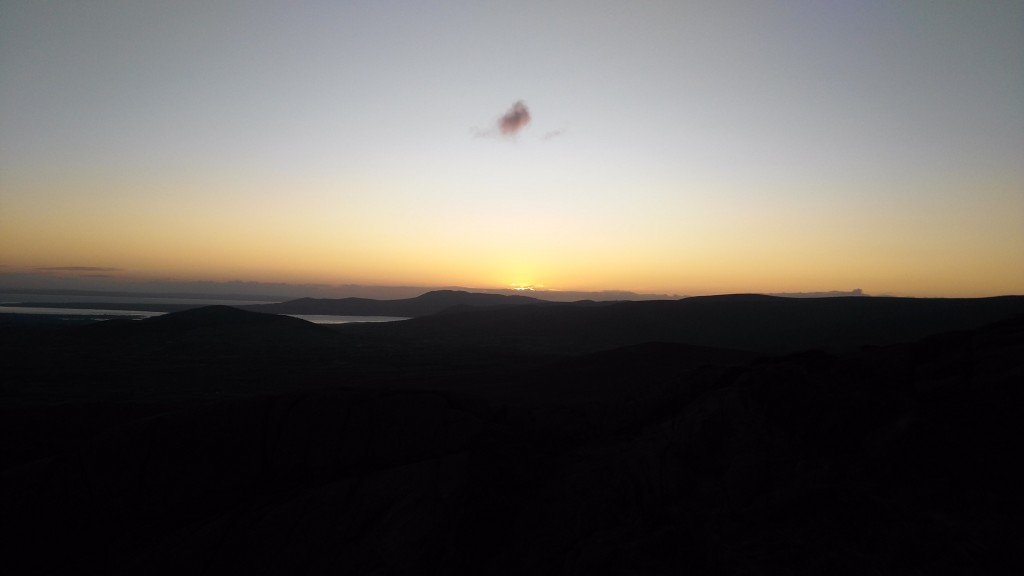 Here is a draft edit for the show that I’ve labelled ‘fear defined’  – it’s getting dark and quiet and Joni Mitchell paints a cloudlet in the sky. 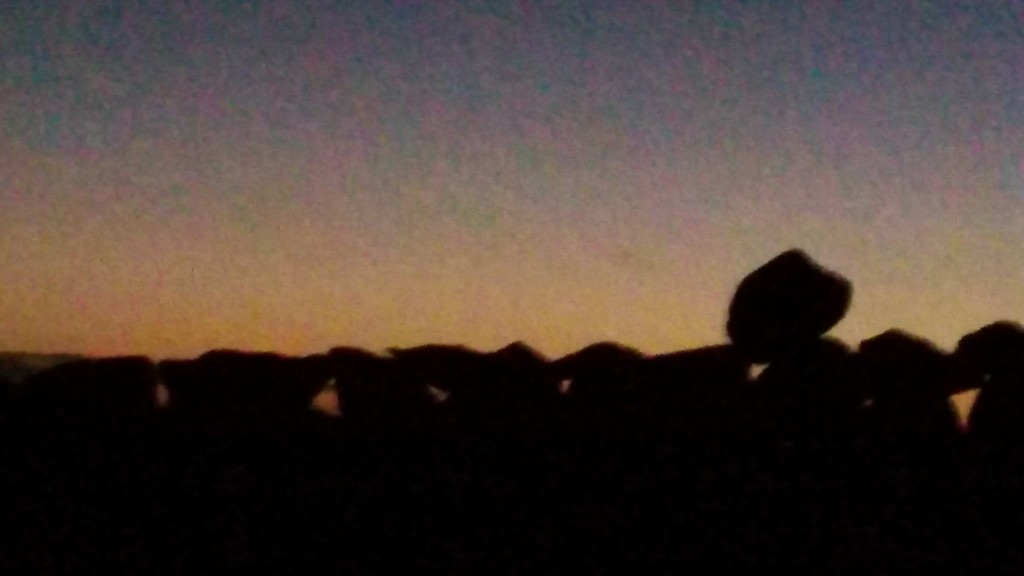 I feel the will to crawl

Hiking along the Mourne Wall

To cling and hug

Sheltered from the winds bulk

The wall is under no beck and call

Its permanent fixture holds on

Weighs down its granite anchor

Hammers and chisels: tools for plug and feather

Wraps around over twenty two miles of peaks

Its dry stone is fitted with shape of preference

A hope of a lasting fit

It may have been to keep the sheep from getting lost

It is where the heart is sparsely walked

If the wall’s rocks could write

It would be in-between

Where the wind blows through

O hear those songs through the gaps

And perhaps I think what shelter does the heart have?

To starve it from risk;

It is a bleak existence

To be exposed with a threat of hyperthermia

Even the walls defence

The exploded battles of life

Like a castle wall being knocked and fired at by boulders

Its heavy blasts leave a devastation

With collapsed rocks in piles

It is now an opened wall

Where sheep wander into the heart of its kingdom

from The Romantic Landscape by David Davies

We are going to send a request to VCS Radio Cardiff 98.7 FM to see if a volunteer at the Community Radio Station will translate a few lines of the poem to include in the programme. 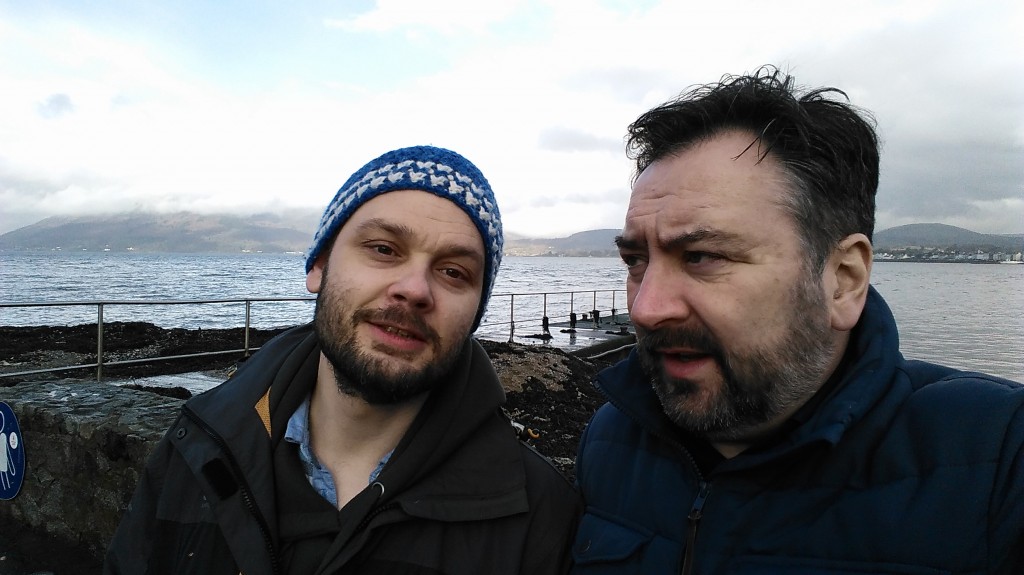 David Davies and Alan Byrne at Omeath, with the Mourne Mountains in the backdrop. 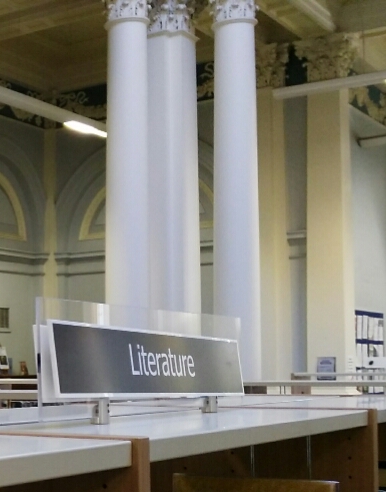 A visit to the Belfast Library 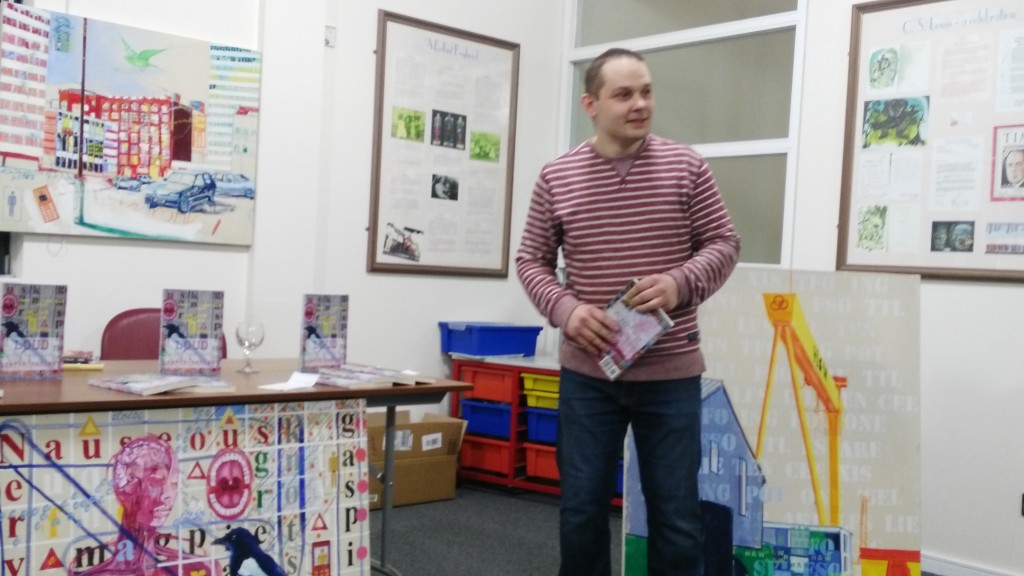 David launches his second book of poetry and displays his paintings at the Hollywood Arches, Library, Belfast